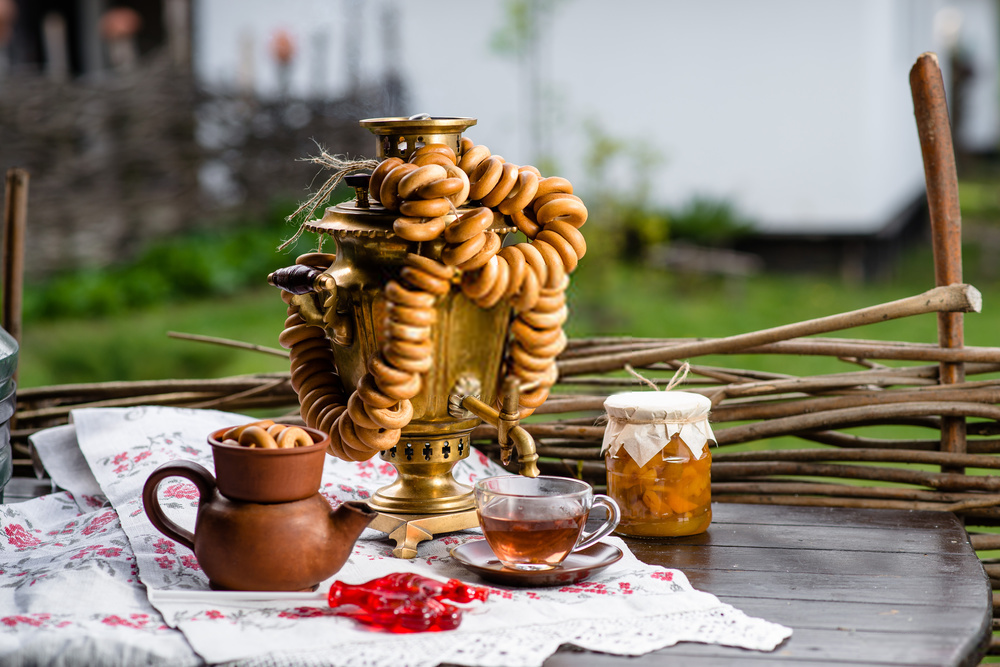 The Russians have preserved their love for tea to this day! Therefore, Russia is one of the greatest tea importers of the world! Not surprisingly, there are a lot of traditions connected with tea tasting in Russia. Some of them are gradually becoming history, but others continue to this day.

Russians like Indian tea a great deal for its full-bodied taste. In the European part of Russia, people would usually opt for black tea, while in the Asian part green tea is more popular. This is understandable, because it comes from China, the next-door neighbour of the eastern part of Russia.

Tea has become so popular in Russia, that it has entered into the daily life of Russians. For example, the Russian expression for a tip in a restaurant is ‘na chaï’, which means ‘for a cup of tea’. Another example would be when one invites friends to one’s dwelling and, if it is not for a meal, one would say “Prihodite k nam na chai”, i.e. “Would you like to come for a cup of tea?” 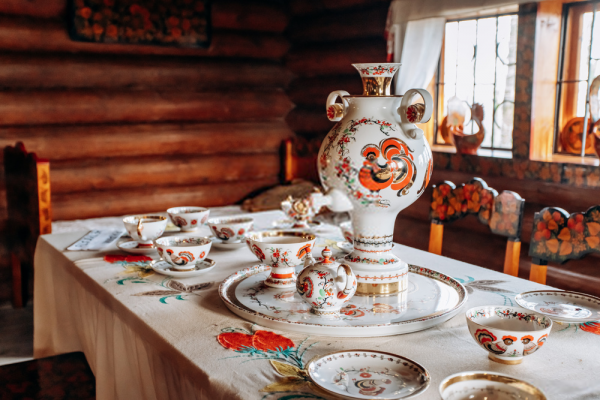 The tradition of preparing tea in samovars is starting to pass into history. If there are still people who would have a samovar at home, it would probably be for decoration only. This has happened because it is much more convenient to use electric kettles, teapots and thermoses for the same purpose.

However, some of the traditions continue to this day. For example, in some Russian families people would still infuse a generous amount of tea leaves in a small teapot. This would provide a very strong liquour called ‘zavarka’ in Russian. In addition to this there will be another teapot containing a lot of hot water. Then the people would drink tea that would be a combination of ‘zavarka’ and hot water. Therefore, the tea would not be too strong and it would have a very pleasant taste. 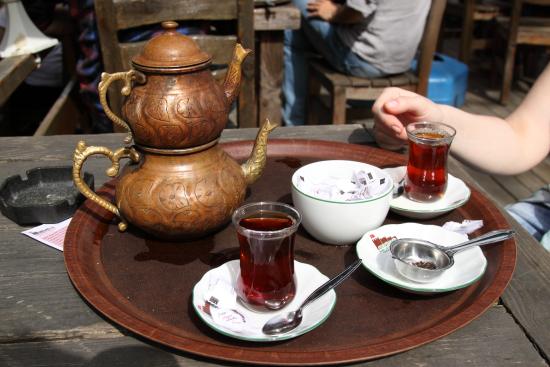 Tea on the train

There is also an interesting tradition, that refers mostly to Russian trains. Given that Russia is a very big country, it has a lot of traditions connected with long train journeys, some of which might take up to 7 nights. On the train people would usually drink tea in glasses equipped with beautiful supports. Those supports are usually made of iron or stainless steel, called “podstakannik”, which translates from Russian as a ‘glass support’. You might wonder why. Well, due to the movement of the train, it would be unwise to use porcelain cups for this lest the latter should accidentally fall off the table and break; and using plastic cups and glasses would possibly be less elegant. 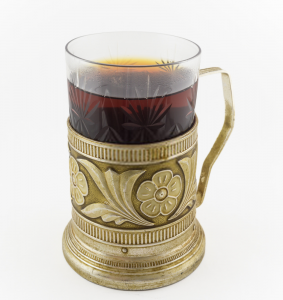 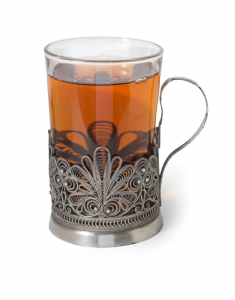 In other respects, tea tasting traditions in Russia are quite similar to those in Britain. Therefore, in most families, especially when people are receiving guests, tea is brewed in elegant porcelain teapots, and then served in nice porcelain cups. There is also a custom of decorating teaware in traditional Russian patterns. 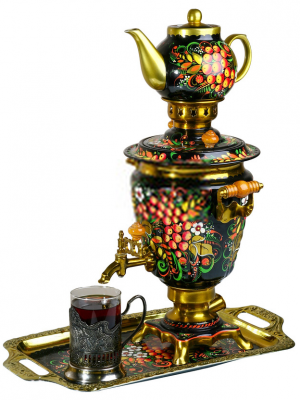 Two of the most popular ones are the ‘khokhloma’ and ‘gzhel. Khokhloma is a pattern (most commonly flowers) depicted on a black background, and other dominating colours are red and gold. Gzhel can include patterns of different kinds and contents performed in light blue on a white background. The most popular contents are flowers, nature, characters from Russian fairy tales, towns, cities, etc . There are also a number of factories producing very fine porcelain, the most famous one being “Imperatorskyj farfor”, i.e. “The Emperor Porcelain”. 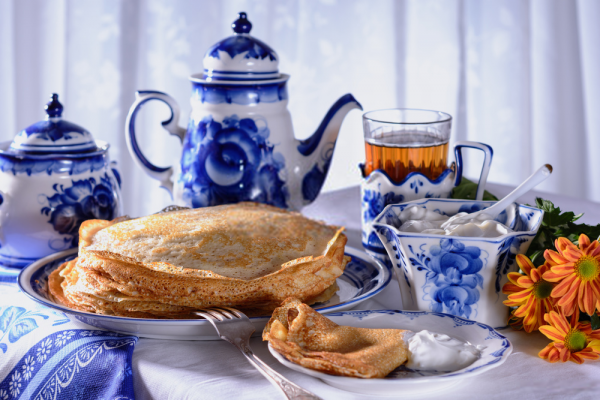 The Russians like accompanying tea with teatime treats, such as biscuits, chocolate, ‘baranki’ (small dry “bagels”, that are usually quite sweet, and very nice with tea), ‘pirogis’ (tarts that can be both savoury and sweet, depending on their stuffing, which can be cabbage, meet, curd, cheese, fruit, berries, etc) 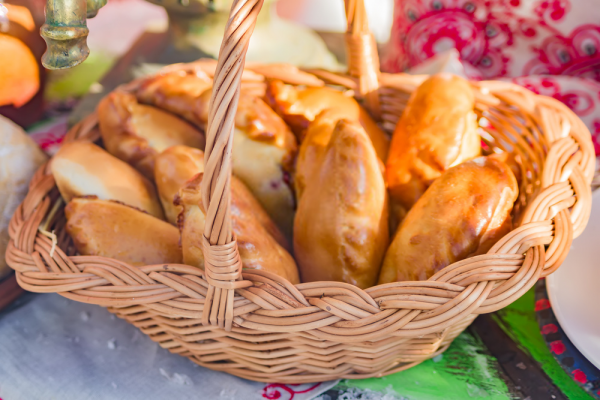 The phrase “tea ceremony” translates as ‘chaepitye’ in Russian. The most common ‘chaepitye’ would include tasting tea served in a nice porcelain teapot and elegant tea cups, and the tea will be accompanied by lovely teatime treats, presented on beautiful trays! 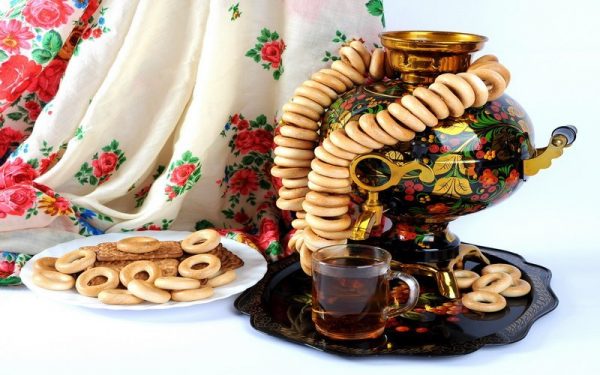 We cannot speak about tea tasting traditions in Russia without mentioning the fact that most Russian tea comes from the countries of Asia, especially China. If you are interested in Russian customs related to tea tasting, you might wish to learn more about the origins of Russian tea. To do that, feel free to discover our article “Types of tea in China“.

7 tips to make your tea tasting even more enjoyable