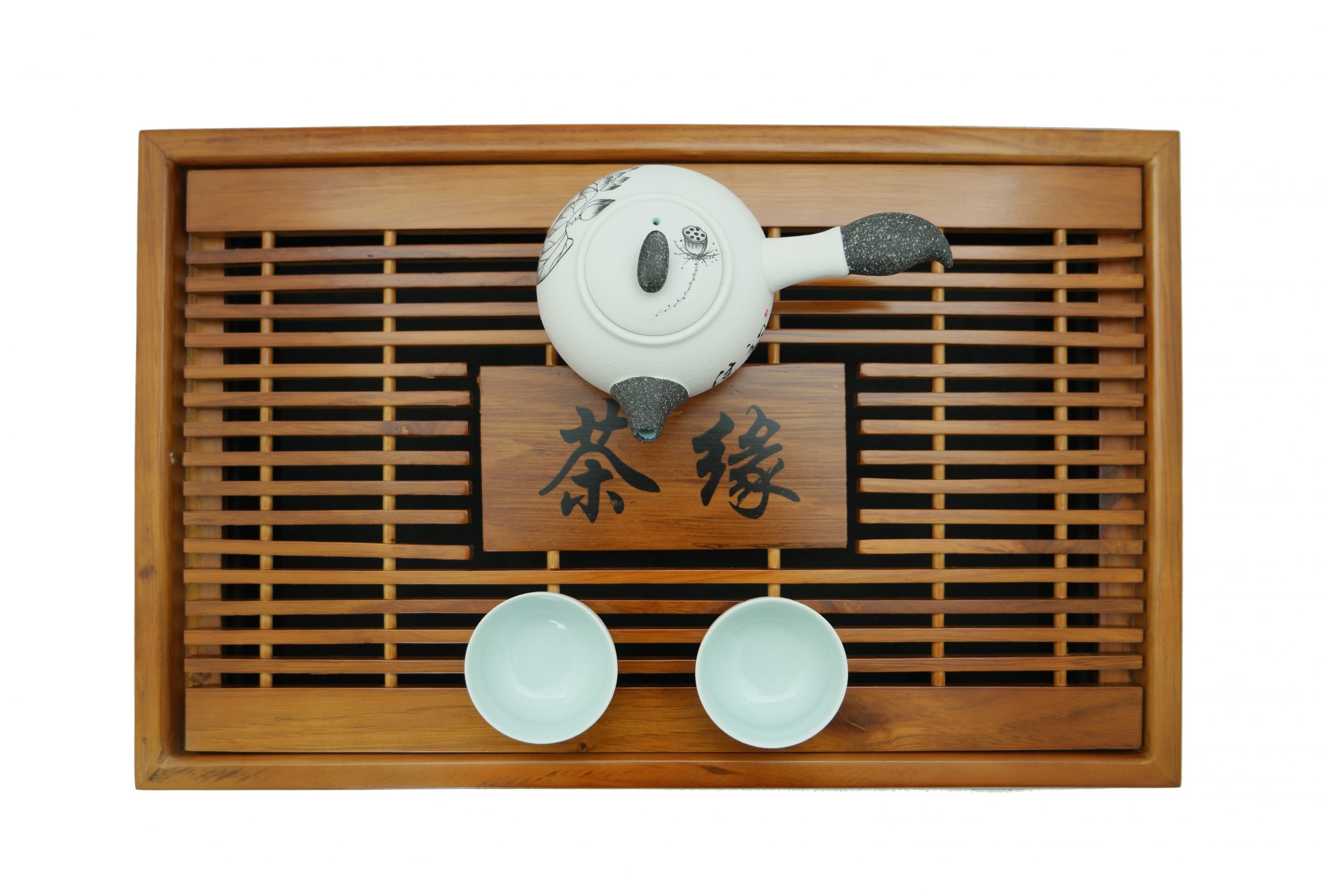 There are a number or traditions connected with tea tasting in China! However, nowadays, most people in China do not drink tea in the same way they used to centuries ago. They usually brew some tea leaves in a thermos and drink the tea during the day. Let us discover the most famous tea tasting traditions!

This tea tasting tradition implies brewing some tea in a ‘zhong’. A zhong is a porcelain cup without a handle. It usually contains a lid and a saucer. Usually one would drink green, white or yellow tea from a zhong. 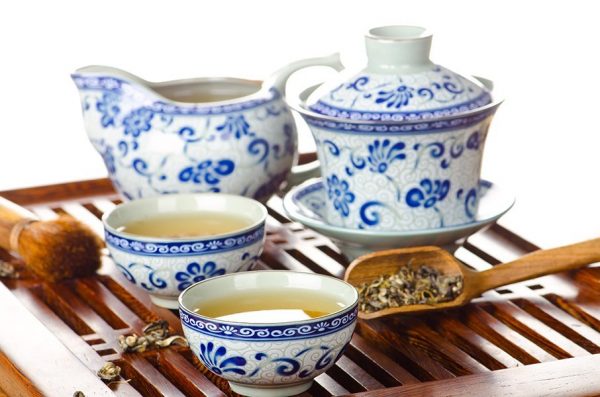 Another remarkable tradition of tea tasting in China is called Gong Fu Cha, that translates from Chinese as ‘teatime’. Gong Fu Cha is often referred to as the Chinese tea ceremony.

One would most commonly use very small Yixing clay teapots for this ceremony. The capacity of those teapots doesn’t usually exceed 150 ml. Those teapots are very symmetrical, because the pouring spout and the handle form a horizontal line. That is what makes them so beautiful, and they are also very pleasant to touch.

However, there is an important remark to make about clay teapots: one should always brew the same tea in the same teapot. You may wonder why. Well, clay tends to absorb and, therefore, memorise the flavour of the tea once brewed there. Therefore, it is important to remember which tea was the first one to be brewed there. 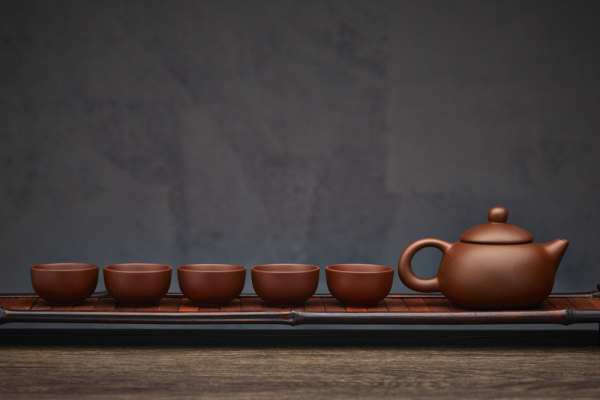 Some other accessories would be necessary for Gong Fu Cha. Those include small bowls, a kettle, a spare pot, a clip and a special tray for water evacuation.

The procedure is the following. Firstly, it is important to pour hot water into the empty teapot, and empty the latter into the evacuation tray. This is done to warm the teapot. One would most commonly use oolong tea for this ceremony. Therefore, after warming the teapot one would put plenty of oolong tea leaves into it, usually half a teapot. This is done to allow oneself a possibility to add hot water as many times as one chooses. Then one would fill the teapot with hot water and empty it immediately. This is done in order to ‘moisturise’ the tea leaves. After that one should pour some boiling water into the porcelain cups and empty those into the evacuation tray.

Here comes a moment of serving tea! Given that there will be plenty of tea leaves, the tea will brew very quickly. That is why when brewing it for the first time, one would fill the teapot with hot water and serve the tea 30 seconds later. This procedure can be repeated for up to 7 times. However, it is important to increase the brewing time for each water addition.

The most popular tea used for tea tasting in China would be Ti Kuan Yin. Its name translates from Chinese as ‘Iron Goddess’. It is a 45-60% oxidized Oolong tea.There is a legend behind the name for this delicious tea! A poor peasant was often walking past a temple dedicated to the Iron Goddess. This temple was completely forlorn, and the peasant cleaned and flowered it every day. The Goddess wanted to thank the poor man. Therefore, she appeared to him and indicated that there was a hidden treasure behind the temple.

The peasant went to the garden behind the temple and found several seeds there. He took those and decided to plant those in his garden. Several years later, beautiful tea bushes grew in his garden. He harvested the first tea and invited his friends over for a cup of tea.

The tea was so wonderful, that it rapidly gained popularity. The peasant started selling his tea, and became very rich. Therefore, in order to thank the Iron Goddess, he named the tea after her. 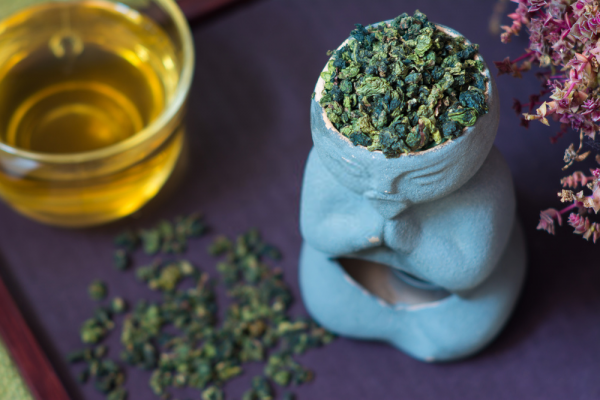 Another legendary Chinese tea, that is often used for tea ceremonies, is the Silver Needle. This tea is the finest variety of all white teas, because only the top buds of camelia sinensis are used for its production. 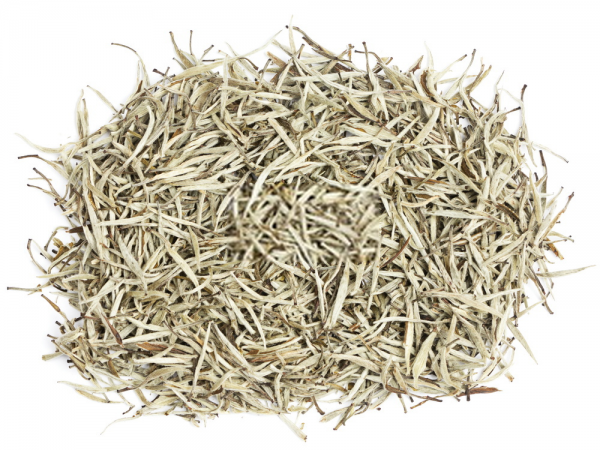 The Chinese take great pleasure during tea ceremonies. It is a sacred moment for them. They would gather around the table with family and friends and indulge themselves in the most wonderful drink: the tea! As the saying has it, everything that is good is either illegal, immoral or fattening! Tea is the only exception to this rule!