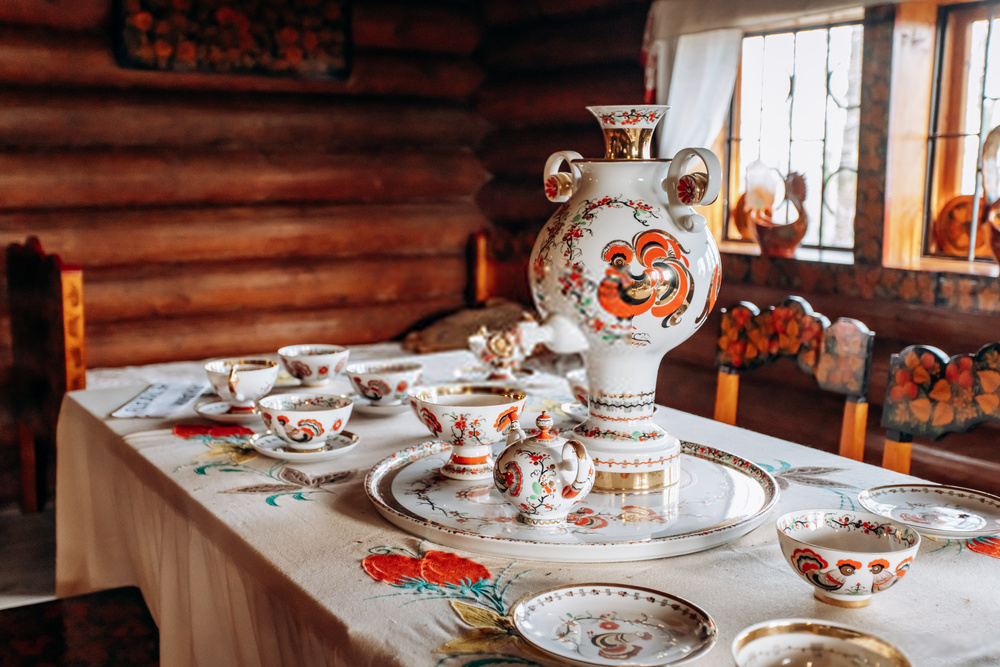 Tea appeared in Russia for the first time at the beginning of the 17th century, under the reign of Tsar Mikhail Fedorovitch, the first tsar of the Romanov dynasty. The tsar received a substantial present from Khan Altyn of Mongolia, who gave him 65 kilograms of tea! The tsar had never heard of tea previously; consequently, such a ‘peculiar’ present came as a surprise. The Khan learned about the tsar’s bewilderment following his present. Consequently, he asked a tea specialist to go to Russia with a particular mission: to teach the tea traditions to the Russian nobility. The latter immediately took to this extravagant drink, and spread the tradition among the elite.

By the end of the 17th century Russian merchants would regularly go to China and India in order to import tea leaves into Russia. The journey was very long because the caravans of camels had to cross steppes and swamps. In addition, there were the bitterly cold regions of Siberia to transit in order to bring tea to Russia. The tea was often subjected to campfire smoke; therefore, a particular type of tea emerged which was called “Russian Caravan tea”. This tea brings to mind the sweet smell of woodfire. We are delighted to be able to offer this tea to the UK market!

However, despite all these obstacles, it was a very lucrative business because tea was then very expensive in Russia. It is for this reason that tea was popular only amongst aristocrats and rich merchants. Other people could not afford it.

In the 18th century tea was becoming more and more popular in Russia, and many tea shops were opened in Moscow, and later in Saint Petersburg, which became the capital of Russia in 1713 under the reign of Peter the Great.

During long Russian winters it was quite common to drink fruit and herbal infusions. Later, when tea became more affordable, people started adding tea leaves into their infusions. Thus the tradition of drinking flavoured tea emerged in Russia.

Given the severe climatic conditions, it had become a ritual for large Russian families to gather around the table and have some tea and teatime treats. It was an excellent passtime that allowed people to warm themselves during a cold Russian winter. Therefore, a large container called a ‘samovar’ was invented in the 1730s. A samovar is a very large ‘kettle’, usually made of metal, more rarely ceramics, with a tap near the bottom and a metal pipe running vertically through the middle. The samovar rapidly gained popularity and, therefore, many samovar manufacturers appeared in Russia. 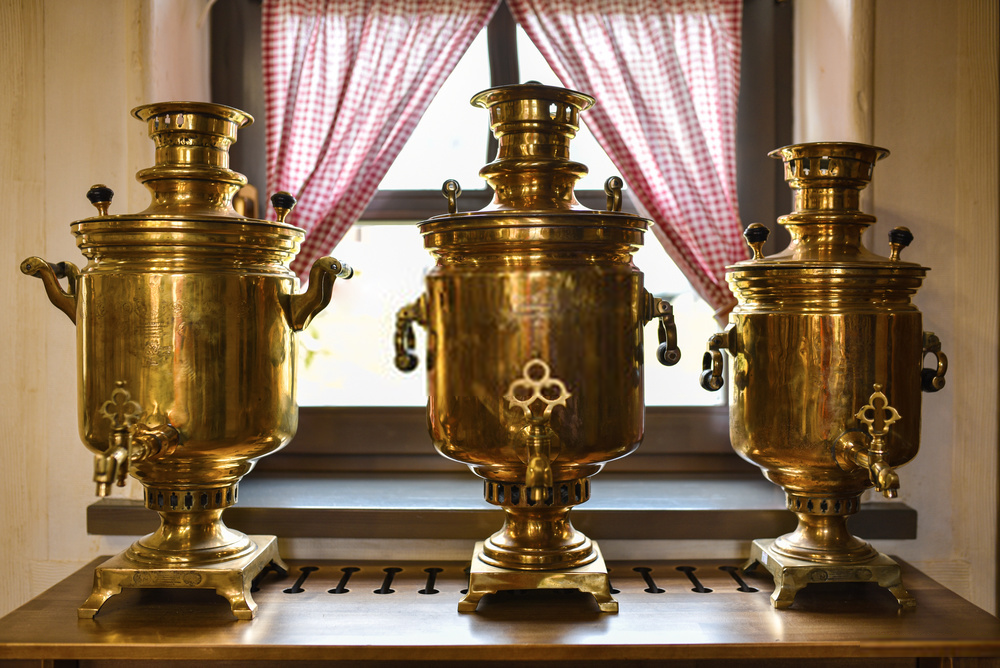 The Batachov brothers had the honor to supply samovars to the Royal family. They made different kinds of samovars, in various shapes, such as a keg, a pear, etc. Their samovars were of great beauty and originality.

In the 19th century the Russians had a reputation for drinking the best quality tea in Europe. Why? Well, the reason is that it was possible to reach Russia overland from China or from India. Yes, there was a need to pass over very cold and damp regions. However, even in spite of this, the tea leaves were well conserved on camels’ backs than they were in humid ship holds when transported to Europe.

By the end of the 19th century there were already hundreds of tea merchants in Russia. One of the most famous ones was Pavel Kousmichoff, who founded his first tea shop in Saint Petersburg in 1867. He was an exclusive tea supplier for the royal family. Kousmichoff decided to preserve the Russian tradition of drinking flavoured tea. Therefore, most of his tea blends contained herbs and fruit, as well as tea leaves. One of his well-known blends, ‘goût russe’ (that translates from French as ‘Russian tea’); rapidly became very popular! 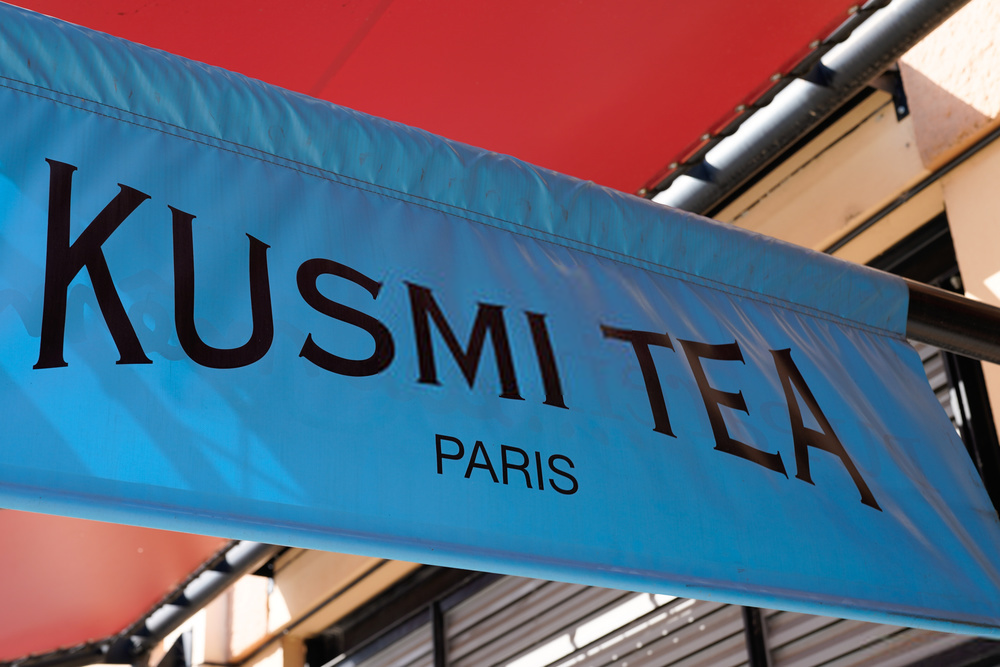 After the revolution in 1917 Kousmichoff had to leave Russia. He first went to London, where he opened his first tea shop outside Russia. Then he moved to Paris in the 1920s, where he created his own brand called Kusmi Tea. This brand exists to this day. There are many Kusmi tea shops all over France selling wonderful teas!

Tea is plays a very important part in Russian culture. Therefore, there are many customs associated with this miraculous drink in Russia. Should you wish to learn more about that, feel free to discover our article “Tea Tasting in Russia“.

History of Green Tea in China