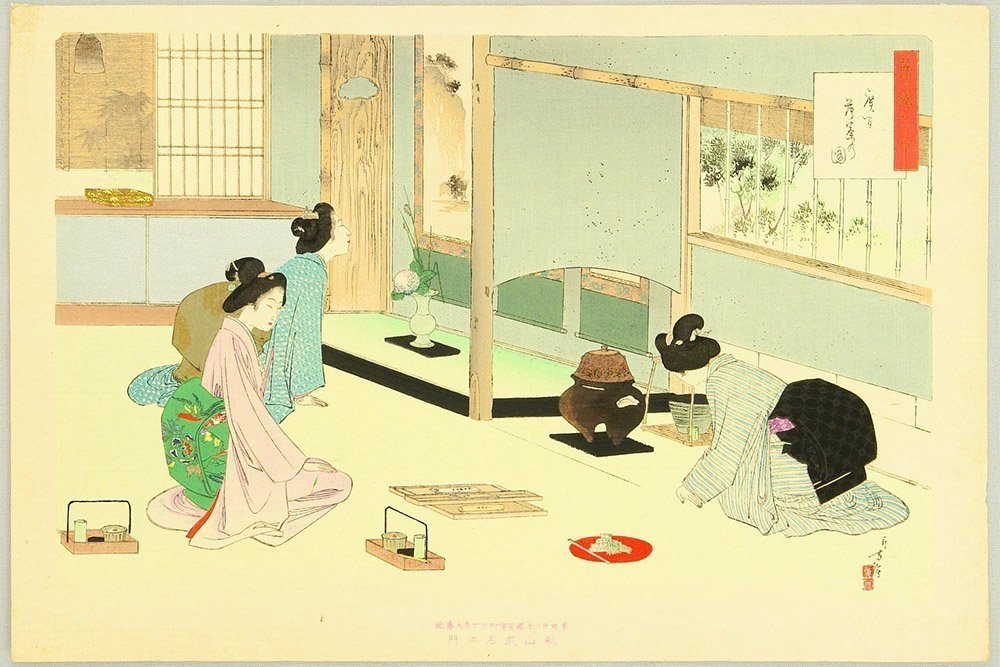 Japan is the motherland of the world’s most sophisticated tea! Feel free to discover the history of tea in Japan!

The history of tea in Japan began in the 10th century A.D.. Japanese buddhist monks took a great interest in the miraculous drink that their Chinese peers enjoyed so much. The Chinese monks were flattered by the interest of the Japanese, and shared some secrets of tea production with them. They also gave them some stems of tea trees. Therefore, some tea trees were planted in the region of Uji near Kyoto.

In the 12th century the Chinese shared the secret of producing powder tea, or ‘matcha’, with the Japanese. In order to make matcha, one needed to rub the tea leaves between two stones to obtain ‘powder’. Then you would dilute this powder in hot water and consume it directly in this state.

Matcha quickly gained popularity in Japan, for its health benefits and originality. You may wonder why it is so good for you. It is because the powder is nothing but tea leaves rubbed between stones. Therefore, while drinking matcha, you are actually eating the tea leaves. The latter contain lots of nutrients that are very beneficial for your health.

Japanese people greatly enjoyed matcha tea, and even created a special tea ceremony for tasting it. This ceremony, “Cha no Yu”, whose name translates from Japanese as “Way of Tea”, originated in the 15th century. About a century later, Japan’s greatest tea master Sen no Rikyu defined the rules of serving and tasting tea during “Cha no Yu”.

This tea ceremony was a very honorable event in Japan. Even the samurais would lay down their weapons before participating in the “Cha no Yu”.

Sencha. The popularity of Japanese tea

In the 18th century, the Japanese developed a new technique of rolling tea leaves. Now they were rolling the leaves in length before flattening them. That is how sencha emerged.

Japanese tea gained in popularity all over the world. Consequently, the Japanese started exporting their tea from the port of Yokohama to the United States and Europe.

Nowadays, Japan is one of the leaders of tea production around the world. Even though the only tea produced in Japan is green tea, this tea is of exceptional quality. That is why it is so popular. One of the reasons for the superior quality of Japanese tea is the fact that they use very efficient modern equipment in their plantations.

Another reason is that the Japanese are famous for being perfectionists in everything they do. Therefore, Japanese tea production masters are doing an exceptional job at making the best possible tea! For example, on rainy days they remove raindrops from the tea leaves using a special machine, to preserve their quality. They also cover some plantations with a tarpaulin several weeks before the harvest season. All this contributes to producing tea of exquisite quality!

Consequently, all Japanese tea is of exceptional quality. However, its taste, production techniques and even tasting traditions vary depending of the region of production. To learn more about this, feel free to discover our article “Tea in Japan. Regions“.

Bedford tea is proud to offer you the finest Japanese Green tea, that we deliver all over the UK! Shop with us and enjoy a cup of exquisite Japanese Tea!

What is Russian Caravan tea?

The history of tea in Britain