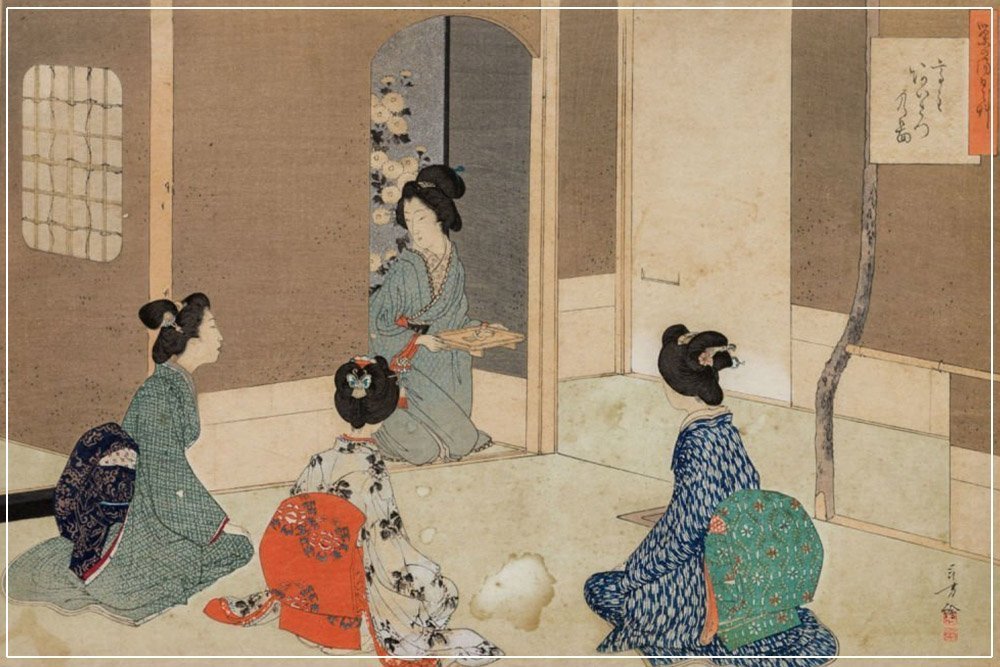 The Japanese hold green tea in great awe! Not only do they drink it, but also they include it in their cuisine. There are a huge number of dishes, especially desserts that contain green tea. What is more, the Japanese do not always drink green tea hot or warm. They quite often have it cold, or even as an ice tea. You can easily find different variations of cold green tea in drink distributors that are very numerous in Japan! Additionally, it is very common to accompany a meal with green tea. Therefore, if you are fond of tea, you should definitely discover Japan!

However, despite the fact that the Japanese produce solely green tea, they have many types of it. Therefore, the Japanese serve various types of green tea during different times of day. For example, they would usually offer you sencha or tencha in the morning or early afternoon. As for genmaicha, it would be a good choice in the afternoon. And hojicha would be wonderful in the evening.

The Cha no Yu 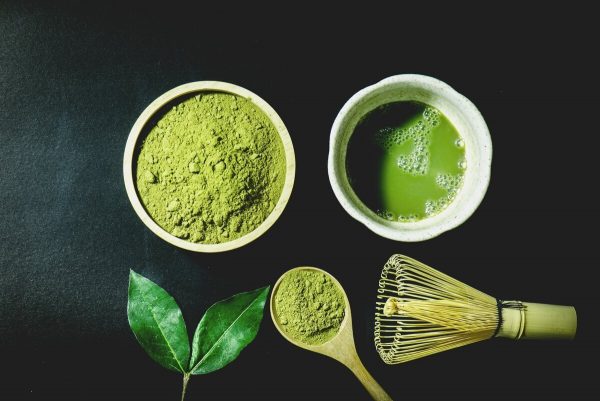 The tea ceremony “Cha no Yu”, whose name translates from Japanese as “Way of Tea”, originated in the 15th century. About a century later, Japan’s greatest tea master Sen no Rikyu defined the rules of serving and tasting tea during this ceremony.

The atmosphere in the tea house is very relaxed and ‘zen’. The design of the tea room is often minimalistic. The only two things you would usually find there is a kakemono (a traditional Japanese painting or a calligraphy inscription) and an ikebana (an elegant bouquet of flowers).

There are some accessories that would be necessary for Cha no Yu, which are the following:

At first one would put a couple of spoonfuls of matcha into the cup. Then you will need to pour the water inside the cup and mix the tea using the whisk. It is important not only to drink the matcha but also to consume the mousse remaining inside the cup.

Matcha tea can be quite bitter. That is why, it could be a good idea to accompany it with a sweet treat. One of the popular desserts that they would offer you during a tea ceremony is a ‘kaiseki’. This is a very sweet red bean pastry. 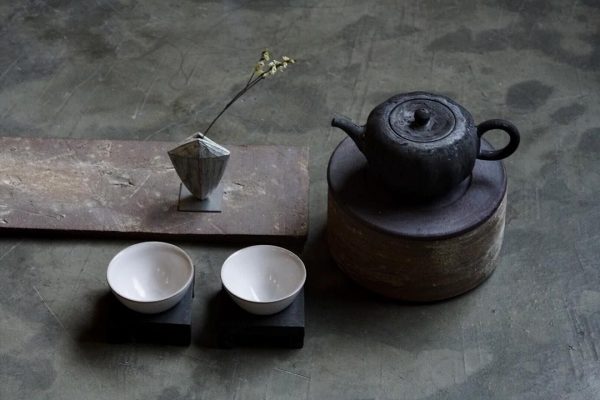 If a Japanese family invites you for a tea ceremony in their home, you are very lucky. However, there are quite a few important things to know. Firstly, they would usually prepare the tea in a clay teapot, whose capacity will not exceed 350 ml. The teapot may be equipped with a metallic filter to retain the leaves from entering into your cup.

The most popular teas for this ceremony are superior sencha and gyokuro.

There are some accessories that would be necessary for the home-based ceremony, which are the following:

Now allow me a couple of words about brewing Gyokuro. 70oC water would be the best choice for this type of tea. Then one would pour some hot water into the cups, and empty those into the teapot containing the tea leaves. One would usually brew the tea for one minute during the first infusion. However, you could brew Gyokuro up to 3 times. But it is important to brew it for a little bit longer each time.

Given that the only tea type produced in Japan is Green Tea, all of Japanese tea ceremonies are connected with tasting this tea type only. On the other hand, there is an Asian country that produces only Black tea, and this country is Sri Lanka, or Ceylon as it used to be known. Let us learn more about Tea in Ceylon.

Tea ceremonies are very privileged moments in Japan. Paradoxically, despite Japan’s being one of the world’s most modern countries, its tea tasting traditions persist to this day. That is possibly why they still have their passion for tea, and I would gladly wish the same to you!

7 tips to make your tea tasting even more enjoyable