Darjeeling tea is one of the most famous types of Indian Black Tea! Feel free to learn more about the history, production and different types of this marvelous tea! 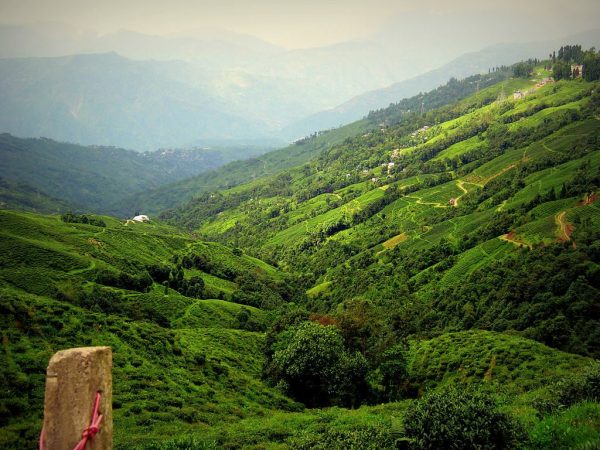 First, camellia sinensis trees were planted in the Darjeeling region in the 1840s. They were planted by a British botanist called Archibald Campbell who used to work for the East India Company.

As a matter of fact, he decided to plant both camellia sinensis trees and camellia assamica ones. However, the cooler climate in this region was unsuitable for camellia assamica (because those trees were “destined” for regions with a warmer and more humid climate). 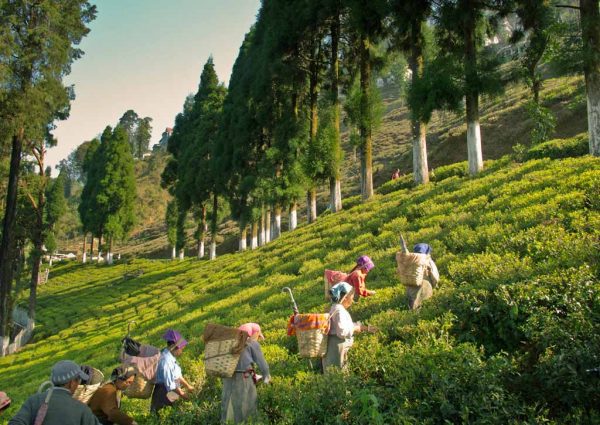 First and foremost, the Darjeeling region is not particularly large. As mentioned previously, it covers an area of only 70 sq. miles. Therefore, only about 1% of all Indian Black Tea is produced in this region.

However, Darjeeling tea is of such high quality that, despite relatively small volumes of its production, it remains one of the most famous types of Indian Black Tea! It is also often referred to as the “champagne of tea” due to its very fine quality and exquisite taste.

Fine Darjeeling tea owes its great delicacy to a number of factors. First, it comes from a relatively cool region of India. Therefore, its leaves do not receive too much direct sunlight, which results in a slightly weaker taste and a delicate aroma. Thanks to these qualities, Darjeeling, despite being a black tea, is often compared to green tea.

As mentioned above, the climate is rather cool and windy in the Darjeeling region, due to high altitudes. That is why Darjeeling tea leaves grow much more slowly than those of other teas. Therefore, the tea leaves change dramatically from one harvesting season (often referred to as “flush”) to another and, consequently, each particular flush of Darjeeling tea has a character.

The harvesting season for the First Flush Darjeeling occurs in mid-March, following the first spring rains. Due to the fact that the tea leaves harvested during the first flush season have not been exposed to too much sun, the tea made from those leaves is very delicate and is weaker than other Indian black tea types.

The liquor of the first flush Darjeeling tea is very light in colour, reminiscent of that of green tea, and has a delicate aroma.

As for the Second Flush Darjeeling, its harvesting season arrives in June. This tea has been in the sun for slightly longer than its First Flush peer. Therefore, it tastes more like black tea. It is more full-bodied, has an amber-coloured liquor and a muscatel flavour.

There are a number of tea estates in the Darjeeling region of India, and one of the most famous ones is the Margaret’s Hope Estate, which has a very romantic and tragic story behind it. 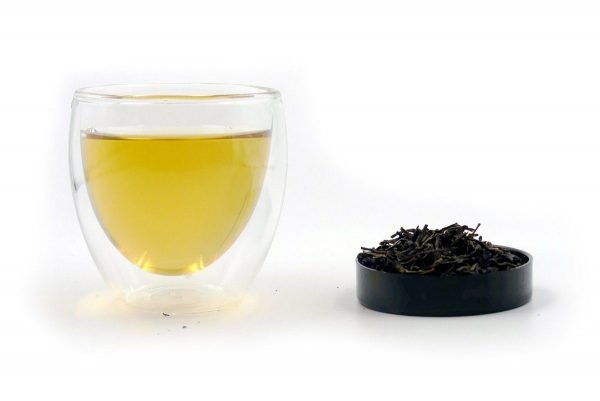 This tea is definitely the finest type of Indian Black Tea.

Margaret’s Hope Tea was named after Margaret, the daughter of Mr Bagdon, who was the original founder of the Tea Estate in Darjeeling. In 1870 Mr. Bagdon, Margaret’s father, was the first to plant tea on the southwest ridge of the Balsun River in Darjeeling in India. He named his tea estate Bara Ringtong. Young Margaret fell in love with the beautiful landscapes of the area where the Himalayan Mountains rose out from the Kurseong Valley.

Therefore, Margaret and her mother decided to visit the tea estate in India but, sadly, Margaret took ill during the journey and passed away.

Overwhelmed by grief, her parents renamed the tea estate after their daughter and now, in living memory of Margaret, one of the most exquisite Fine Darjeeling tea types (known as “the champagne of teas” due to its finest quality and delicate taste), Margaret’s Hope Tea, is produced there.

Moreover, we proudly offer you the finest Darjeeling Tea type: Margaret’s Hope Tea First Flush Darjeeling! As mentioned above, everything is exquisite about this tea type, from its magnificent tastes to the extraordinary story that lies behind it!

Margaret’s Hope Tea First Flush Darjeeling is one of our most elegant tea types; therefore, it would be an excellent choice for afternoon tea! Enjoy a cup of Fine Darjeeling Tea!

On the other hand, should you wish to know which tea would be an ideal choice in the morning, feel free to discover English Breakfast Tea! This tea is so popular, however there are still many interesting facts about it, that are not so widely known. However, we uncover them in our article entitled “What is English Breakfast Tea?“

What is Assam tea?

The history of tea in Britain